The container technology ecosystem is coming of age and with it the number of container events across the globe that offer advice, insight, and learning opportunities is rapidly growing as well. To help you plan your conference attendance, we’ve put together a list of some of the best events for container professionals to attend in 2018. 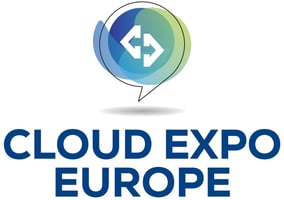 Cloud Expo Europe is a big event that attracted almost 20,000 visitors in 2017. The conference looks at all aspects of cloud computing including DevOps and infrastructure. Such a big event draws world-renowned experts who share innovative ideas and cutting-edge thinking.

The event is divided into ‘theaters’ each specializing in different areas such as “Agile Networks’, “Fintech, Finance & Banking Technology”, “Multi-Cloud Strategy & Management”, and “DevOps, Containers, Open Cloud”. Watch the site for upcoming information about keynotes and sessions.

KubeCon is a Linux Foundation event that brings together the container and Cloud native community for an intellectual feast of educational sessions and heated discussions. Speaking slots are still open, so if you are an expert on topics such as “Kubernetes + IoT”, “Microservices in production”, “Security” or “ Integrating with Prometheus”, make sure to apply. The conference is child friendly and offers attendees complimentary childcare. 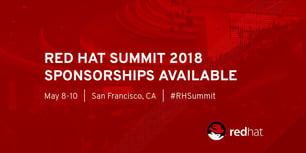 RedHat Summit is all about open source: cloud computing, virtualization, middleware, storage, and systems management, including container technologies. As enterprise organizations are embracing the use of open source software, the RedHat Summit is gaining more traction with enterprises each passing year. 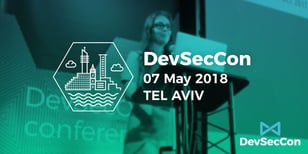 DevSecCon is a show dedicated to bringing DevOps and security together. The event runs across a number of global locations - Tel Aviv, Boston, Singapore, and London. The Tel Aviv conference is a no-nonsense, hands-on workshop filled with sessions held by DevSecOps practitioners. The show looks at the intersection of coding and security and offers insights from industry experts.

The show is still in the call for the speakers stage, but last years’ DevSecCon included talks like “Shift happens…” which looked at security testing and “Cloudy with a chance of threat models” which gave an introduction to the OWASP Cloud Security project.

Container Camp AU is Australia's first container focused event.  The 2017 event was packed with demos, workshops and speaker sessions on container technology, including Liz Rice. Last year also had a keynote by Brendan Burns, co-founder of Kubernetes. The 2018 event is yet to be announced, but watch the site for further details.

Talks from Container Camp Australia 2017 can be viewed online.

DockerCon is THE industry conference who’s who of the container world in attendance. The conference offers a mix of speakers, panels, and workshops that showcase the best and most innovative products in the world of virtual containers. DockerCon 2017 sold out quickly, so you’d be wise to get your tickets soon. This year's lineup is still in the works, but 2017 edition featured experts such as Ben Golub, CEO of Docker and our very own Liz Rice.

This years sessions will cover areas such as ‘Cool Apps’ built using the Docker Platform and “Edge Use Cases” around IoT, big data, and serverless technology. Another scheduled session that you won’t want to miss dives deep into the technical aspects of container technology.

DockerCon Europe's location and dates have yet to be announced for 2018, so make sure to be on the lookout for updates. 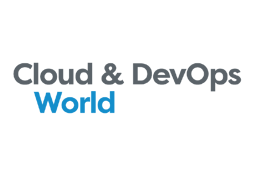 Cloud and DevOps World looks at all aspects of cloud innovation including containers and serverless architecture. The show is packed with events and sessions, many of which are case studies, such as “Digital Transformation in the NHS” and the Royal Mail’s “Using the Cloud to Digitally Reinvent Your Business.” Others look to the future such as “What Will The Container Landscape Look Like in 5 Years’ Time”. The event also hosts an expo with hundreds of vendors across the cloud and virtual container sector.

This DevOps conference is tailor made for the leaders of large distributed enterprises and complex organizations implementing DevOps principles. The agenda features both technical, as well as architectural issues that accompany change process in large organizations.

Speakers include Johnathan Fletcher, CTO at Hiscox and Andrea Hirzle-Yager, Head of IT at Allianz Deutschland AG.

25,000 people attended Ignite 2017, and it looks like Ignite 2018 is going to be an even bigger event, attracting much attention from industry pros. Ignite covers a wide range of topics, many of which are beneficial to DevOps and security professionals alike.

While the event was traditionally focused on Microsoft technologies such as Windows Servers and Office 365, this year’s event will be very much focused on container technology and DevOps. 2018 is still being firmed up in terms of content, check out the 2017 session list to get a flavor of the vast array of subjects being presented. You can also see videos from Ignite 2017 such as “Real World Experience with Windows Server Containers”.

HashiConf is the conference organized by HashiCorp, the company behind an impressive portfolio of open source projects that solve cloud infrastructure issues in security and DevOps. The 2018 conference is being organized currently, but sign up quickly for training sessions as they can sell out fast. The conference itself has a number of keynotes and speakers who look at industry-wide issues as well as HashiCorp specific use cases.

Reinvent is Amazon’s annual AWS customer conference. It’s a must for AWS users and Amazon goes all out, often announcing new features and products at the show. The 2018 eventis currently being organized, but 2017 saw a plethora of speakers including Werner Vogels the CTO of Amazon.com. Reinvent is also a place to get your AWS certification or participate in multiple hackathons. You can listen to Reinvent 2017 sessions to get the feel for what to expect at this year’s  event.

Like its European sister event, KubeCon North America is hosted by Linux Foundation. It is the Cloud Native Computing Foundation flagship conference. As such, it draws an audience from across the industry. Last year’s speakers included, Kelsey Hightower of Google presenting technical workshops and Michelle Noorali of Microsoft Azure who serves on the Kubernetes steering committee.

If you can’t make it to a real-world conference, you can join the online conference hosted by Microsoft on their Microsoft Connect website. The online conference hosts valuable talks which offer insights across a number of key areas including serverless infrastructure, Kubernetes, and of course, Microsoft focused sessions on Azure and other Microsoft products. Interesting sessions for DevOps pros included “SQL Server 2017 in Docker Containers for your CI/CD process” and “Kubernetes development with Visual Studio Connected Environment”.

This is our list of the noteworthy events to attend in the upcoming year. Did we miss anything? Let us know in the comment section below.

2017 in Review: Major Developments in the Container Ecosystem

Do Containers Provide Better Protection Against Meltdown and Spectre?