In the spectrum of deployment options available for cloud native applications, the most widely used option, at least presently, is running containers on VMs that use the Linux operating system (or less frequently, bare-metal servers running Linux).

There have been two unanimously adopted best practices for running containers on Linux:

In addition to performance, cost, and manageability as considerations for using a thin OS to run containers, security is front and center. Here’s why:

By cutting out many of the capabilities provided in larger Linux distributions, a thin OS provides a much smaller attack surface, with fewer packages and fewer configurations to worry about. This, coupled with immutability and the ability to enforce “single user” access for the orchestrator makes the job of securing container hosts much more effective.

“No man is an island entire of itself; every man is a piece of the continent, a part of the main” wrote John Donne in his famous poem. The same holds true for hosts in an orchestrated environment. Yes, thin OS hosts are more secure to begin with, but they can never be completely isolated. There are networking requirements, and instances such as “break glass” situations or upgrades, when a human admin will need to login to a host and make changes, etc., etc. There may also be vulnerabilities in the OS itself, with packages that may be exploited, or poor configuration that leaves the host vulnerable.

It’s therefore recommended to keep the OS patched and updated, and use hardening methods as appropriate for running containers. There are best practices from the likes of the Center for Internet Security (CIS) and NIST that can and should be applied.

As with other areas of security, using preventive measures alone is insufficient. You should also monitor and constantly check your environment for vulnerabilities and anomalies, as well as track user and application activity for compliance purposes.

The good news is many of the resource-intensive security tools used to secure traditional hosts such as HIPS (host-based intrusion prevention) are overkill for thin OS hosts, if not completely redundant. Most of the protections they provide are simply not relevant to a thin OS. You don’t need to use two different solutions to protect containers and the host OS they run on. That’s where Aqua can help.

First, we provide automated checks of your hosts against the CIS Benchmark for Docker and Kubernetes, which include best practices for keeping your hosts patched and hardened, as well as specific minimal privileges for hosts running containers, such as seccomp profiles. You get a very clear picture of which checks passed or failed. 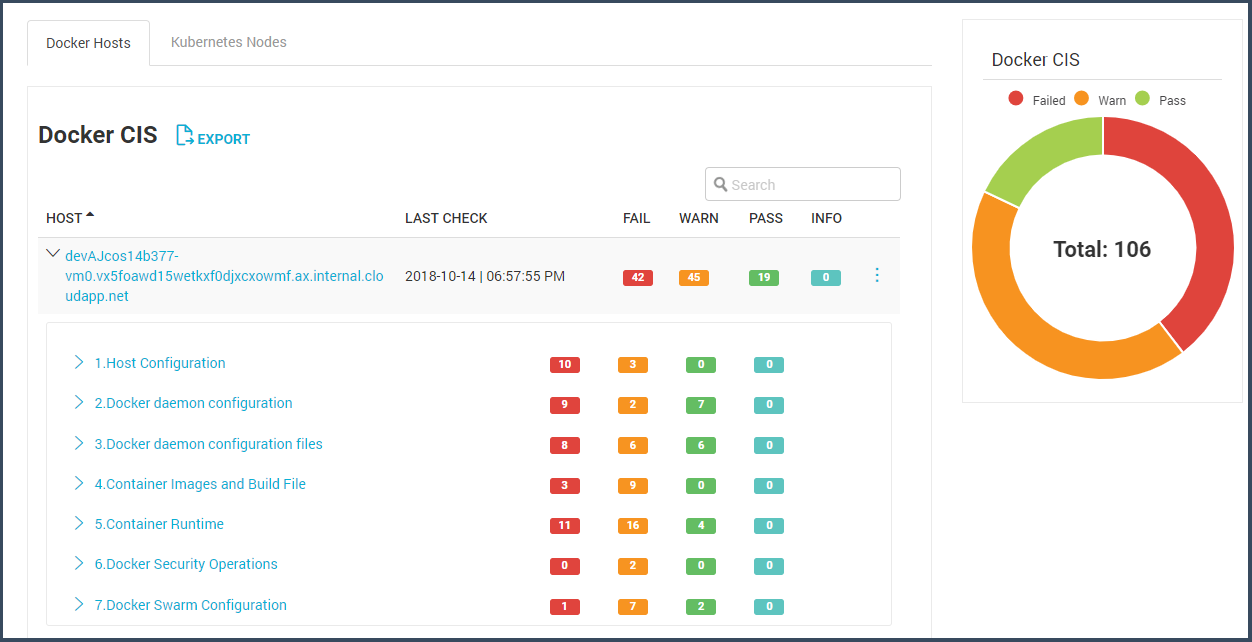 Additionally, Aqua checks hosts for logins and login attempts, and logs them as audit events, a key requirement for many regulatory compliance mandates. It provides evidence of attempts to tamper with the host and makes it possible to enforce orchestrator-only access. As with all other audit events in Aqua, you can automatically send the event stream to 3rd party SIEM and analytics tools (e.g. Splunk) where you can define alerts for certain types of events. 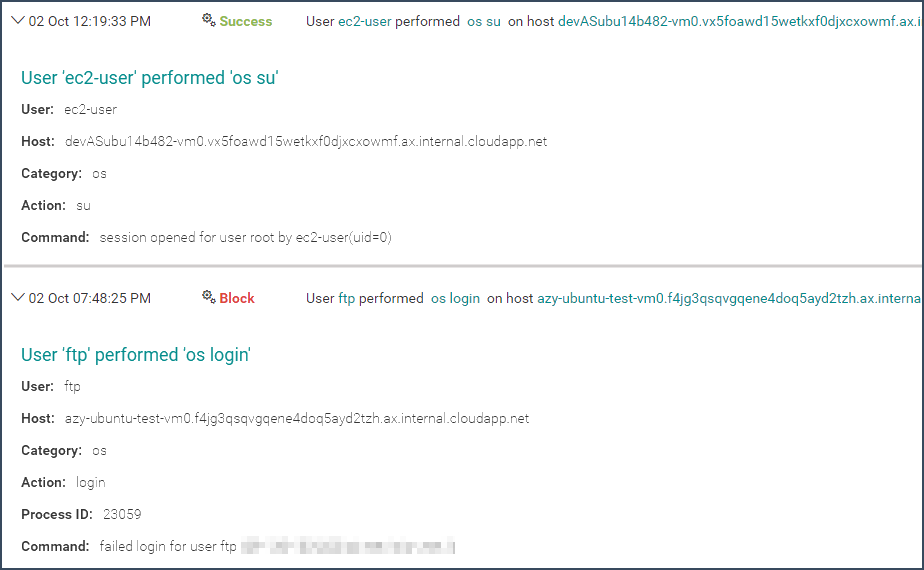 If you plan to “put your hosts on a diet”, adapting your security to “thin OS” hosts has never been easier. In environments where organizations are constantly required to add more and more layers of security, it’s good to know that minimal configurations and adherence to the least privilege model can also present an opportunity to simplify and reduce layers of security that are needed for “fat” hosts.