Aqua’s Team Nautilus found a logical flaw in npm that allows threat actors to masquerade a malicious package as legitimate and trick unsuspecting developers into installing it. Up until recently, npm allowed adding anyone as a maintainer of the package without notifying these users or getting their consent. Since you could assign poisoned packages under any popular maintainers, we named this logical flaw and its implications “package planting”. We reported these techniques to the npm team and they fixed the underlying issue.

What is package planting?

Npm users can add others as package maintainers without getting these users’ approval. 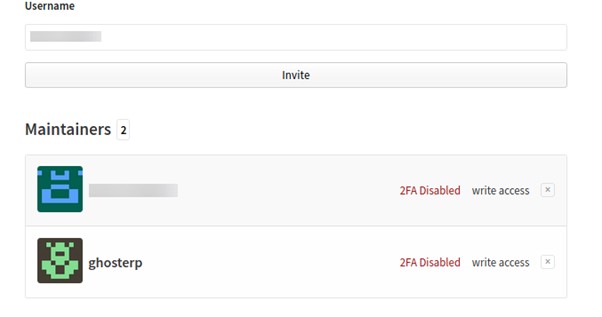 For instance, the package lodash is highly popular and credible. If we add its owners Mathias, jdalton, and bnjmnt4n to a new, malicious package, many developers may be tricked into thinking that this package is legitimate and even appealing.

Below are a couple of scenarios for package planting.

An attacker can take any malicious package and masquerade it to look legitimate and attractive by using package planting. Here, we illustrate the concept and show how it was possible to take advantage of this flaw: 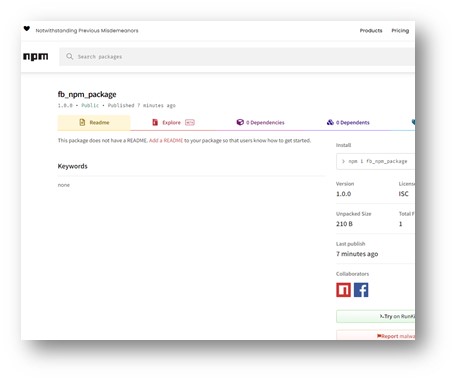 So, with these three simple steps, npm and Facebook are now the owners of our package, and it looks legitimate from all perspectives. The new “forced maintainer” isn’t aware that someone added him as the package maintainer.

The main problem is that any npm user can perform this and add other npm users as maintainers of their own package. The proper invite confirmation mechanism would have prevented this: as it currently works when adding a user to your organization on npm or when inviting collaborators on GitHub.

An attacker can use package planting to create a malicious package, add developers in npm he wishes to defame, and report to npm that these developers are abusing the platform. This can lead to embarrassing the developer or even banning them from the platform. If you think that this scenario isn’t plausible, here’s an interesting story that will change your mind.

In other cases, a malicious actor created a new group, added other contacts (whose WhatsApp settings allowed this), then renamed the group, which caused WhatsApp to ban all its team members.

Npm promptly fixed the flaw after we reported it by adding a confirmation mechanism for all new package maintainers.

At the moment, the issue has been resolved, and adding a new maintainer without confirmation from the user is no longer possible. 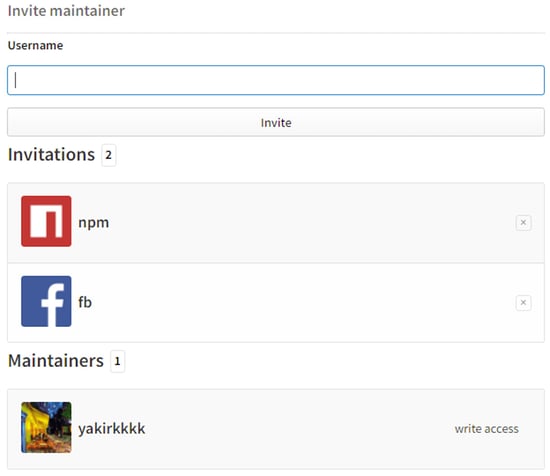 Now, when you invite new maintainers, an email with an invitation link will be sent to their email address:

The issue described in this blog was fixed by npm, and there’s no way to replicate it at this moment. We’d like to thank the GitHub/npm security team for their quick response and professional remediation process.

Over the past few years, open source projects have significantly improved their security. However, attackers get more sophisticated and come up with new ways to exploit them.

Eventually, developers are responsible for what open source packages they use when building applications. To mitigate the risks, it’s important to use reliable sources for any third-party components and to secure your environment with solutions that can detect software supply chain threats such as package planting.

Finally, npm users should check that all the packages that are listed under their name truly belong to them, to make sure they weren’t added to any projects without their consent.

The timeline of the discovery 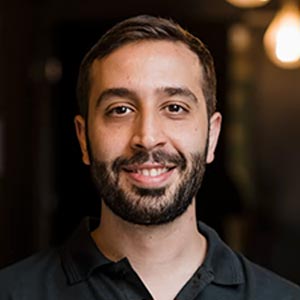 Yakir is a Security Researcher at Team Nautilus, Aqua’s research team. He focuses on finding and researching new vulnerabilities and attack vectors in cloud native environments. Prior to Aqua, he worked as a red teamer. When he is not at work, he enjoys baking and cooking and is particularly interested in the science of cooking.