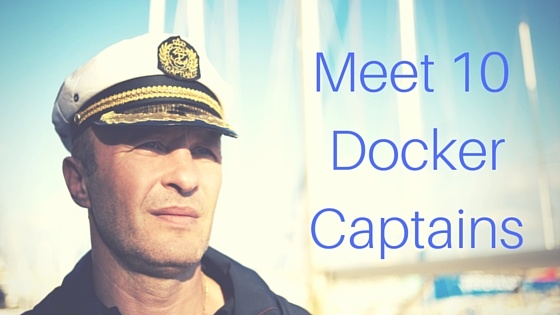 The Docker captains are experts and leaders who are recognized for their commitment to sharing insight about the company and industry. They publish blog posts, speak at industry conferences, write training materials and participate in local meetups. There are currently 59 Docker Captains, and I’d like to shine a spotlight on 10 of them for fostering a true sense of community among Docker users.

A self-proclaimed “Linux geek,” Scott Coulton rolls out systems and networks for big companies. A solution architect at Healthdirect Australia, he writes about Docker on his blog Scotty Doesn’t Know.

A senior software engineer at ADP, Alex Ellis makes robots and works on IoT projects with Linux and the Raspberry PI microcomputer. He writes for Linux User and Developer magazine and his own tech blog, and produces tutorials on Docker.

Jeff is an independent software engineer, author, leader, and former manager. He's into microservices, building products, and solving interesting problems. He wrote the book Docker in Action, writes about Docker for Medium, and has his consulting company All in Geek Consulting. In his spare time, I guess, Jeff tweets Docker.

An engineer, Laura Frank aims to improve Docker infrastructure and the overall Docker experience for users of Codeship, her employer. She previously worked on several open source Docker projects, including Panamax and ImageLayers.

A consultant at ThoughtWorks, Rafael Gomes focuses on infrastructure as code, DevOps culture and cloud. He’s also written a book, available only in Portuguese, Docker para desenvolvedores (Docker for Developers).

The vice president of developer advocacy at Couchbase, Arun Gupta knows the lecture circuit well; he’s given talks in more than 40 countries. He has also written more than 2,000 blog posts on technology while building developer communities for more than a decade.

A Cloud Advocate for Swisscom a Switzerland based Telecom where they are busy deploying a large Docker infrastructure. Brian is passionate about Linux, Docker or anything with a .IO domain name and regularly contributes Docker articles and GitHub projects.

The chief scientist at Container Solutions, Adrian Mouat helps the company’s consulting and product development efforts for microservices and containers. He’s been involved with containers since the “early days” of Docker, and he wrote Using Docker, a hands-on guide to…Docker.

An independent software architect, Elton Stoneman has been connecting systems since 2000, most recently blending microservices and big data for companies. A Microsoft MVP alongside his Docker Captain status, he is writing a book, Docker Succinctly, that’s set to be released this year. 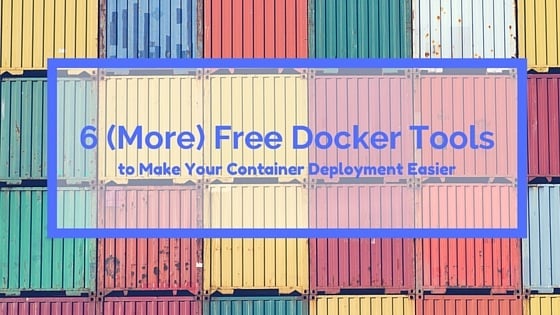